SHE ISN'T TROUBLED BY PEOPLE'S PERCEPTIONS OF WHO SHE IS. BECAUSE AS SHE STRONGLY PUTS IT:
"THE RESULT OF WHO I AM—IS WHO I AM.”

It’s late February in Berlin, and she is in the bissfest office studio. Cinematographer Tiago Pöx, a familiar face, welcomes her with a warm embrace. She is surrounded by two camera lenses, microphones, a sharply tuned
guitar, and a black backdrop. The light in the room is dim to create a recording studio ambient. There is a microphone stand just before her and it is running. She is about to talk to bissfest about something very close to her heart—something she was raised to do, something she has now dedicated every facet of her life to; music and community service.

Miss Moss is looking relaxed, inspired and wisdom-filled. She is enveloped by a brown metallic flower embroidered knee-length overlay which gapes at the arms and at the center just enough to expose a vibrant blue sweatshirt with a neon red string hanging from its neck. It is as if she is trying to say; I am an enigma of sorts, too complex to be understood in binary terms. Her grey crown is eminent and unwavering of who she is, of where she comes from and of the women she carries on her shoulders as she races for the finish line.

As she sings a newly written song about freedom, she takes us through some of the different stages of her life and the places she has been. Places she now calls home. Berlin and New York are some of those places.

New York is where it all began for Moss. She grew up in a loving family in New York City. Singing with her family is how she discovered she had a gift. She realized she could sing very early on.

„I was singing with my family as a child. We had harmonies and melodies to learn and there you can get the feeling that you can sing“, she says.

However, she notes, that „I really believed in myself more as I came to Germany, and then to Berlin and then sort of working more diligently on the voice.“

„wonderful—wonderful person. Wonderful. Always there and caring and loving. Sharing, beautiful. And I miss that. But of course, I’m learning to. And she is still with me somehow.“

Her beloved mother passed on a while ago but her impact is ever-present. Musically, however, her younger years 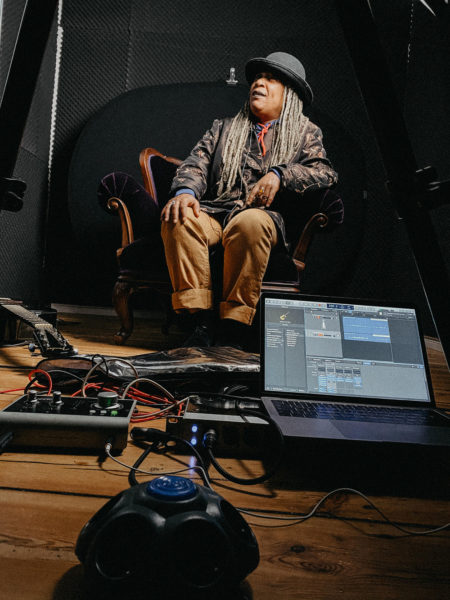 were influenced by Al Jarreau. „His music really inspired me“, she says. Moss also took interest in Bobby Mcferrin, Franklin and Roberta Flack, Annie Lennox and several other musicians „who really got involved with the music in a way that I could understand.“ She believes music is „a moving thing—It’s something that doesn’t stand still“. She sees it as several moving pieces that are influenced by sound, sound creation but also by when, where and how the music in question is heard. 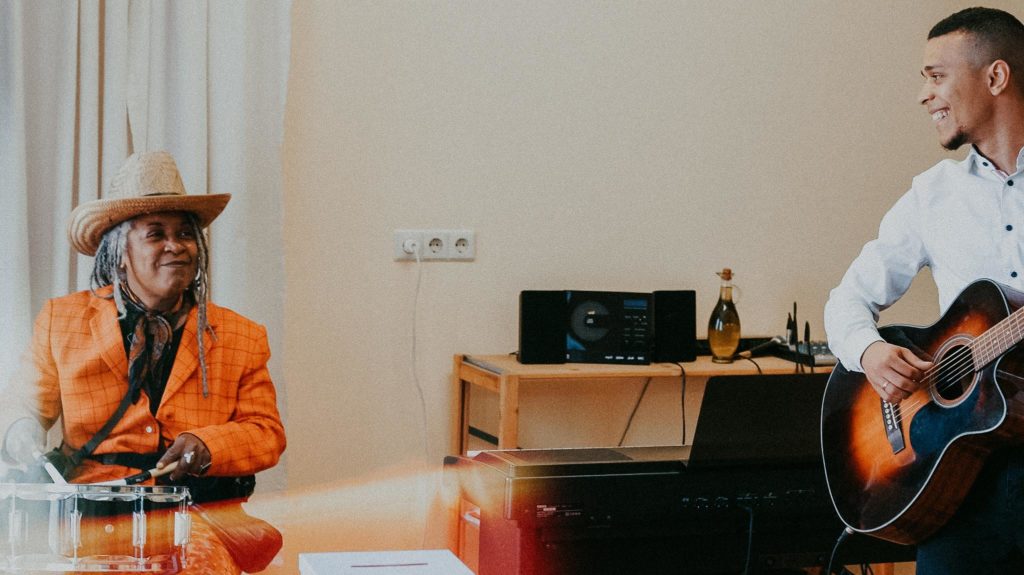 She reveals that over the years, music has been an invaluable medium. She has used music to communicate some very tough moments in her life. The very vocally gifted musician who bridges Gospel, Soul, and Jazz has worked with numerous musicians like Jocelyn B. Smith, Lady Vonda, and Reggie Moore, while also touring with baritone Morris Perry in what became known as the soul duo „Double Feature“. She not only inspires with her live performances. She also teaches music. Some of her students are Meret Becker and the vocal groups „The Boyz“ and “Finesse“.
Her 2003 Funk/Soul album „Broken“ which opens with the song „Headin‘ Home“ introduces Moss to a new generation of music lovers in Berlin. Broken is simultaneously satisfying, compelling, raw and unfinished in its narrative as it closed with the iconic „A Change Is Gonna Come“. Its maker puts a lot of thought and real- life experiences and emotions into the project to create an unfiltered experience for her audience.

Even before you know what „Broken“ is about or what the sonic make-up of the album is, you know Moss is going to take you through some very deep and complicated feelings because of the title.

When asked about the back story of broken, she coyly ducked the question and suggests we listen to the work to gain our own understanding of broken.

Beyond the music, community engagement is something very dear to her heart. She does community work with a passion as equal to the passion she has for music.

„Like music, I think the community is a movement kind of thing with a natural flow anyway—and freedom is there as well“, she says.

It is that understanding of movement she finds in music that has informed what she believes in, how she believes, how to treat others she meets along the way and how she walks in the world. She strongly believes in living life.

So, she lives life by „being —not just existing but being creative and using her gifts and talents in any capacity necessary to help bring and create awareness and lending a helping hand when and where it is needed.“

She works with handicapped people. Her song „you are my neighbor“, encapsulates her understanding of community which is, „anyone you meet on the street could be your neighbor, could be in your community, is in your community“. 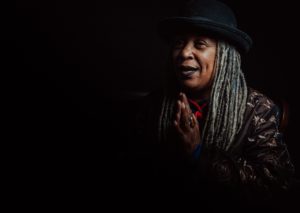 Furthermore, she punctuates a few paradigms that cement the idea of community to her. They are, honesty, trust, truth, love, understanding, respect. She admits that the most difficult part of community service is „exhaustion“ but over time, she has found ways of replenishing herself by taking a rest. She rewards herself after every season of hard work. She finds joy in the littlest things like

„traveling, going to see some places in Berlin, taking time to take long walks, a long walk in nature, going to museums and looking at art, or even just sitting outside and drawing and painting something or just maybe taking a bust ride to an end station and riding back, stuff like that, is really relaxing.“

She truly believes that it is the simplicity of things that one can find real joy. Over the years, she has come to understand that she isn’t troubled by people’s perceptions of who she
is. For one, she doesn’t like to identify herself as anything that could in anyway pigeonholed who she is in totality.

She stresses that she is a human being first. A human being who believes in equal rights and

„respect for every human being and every being and I don’t think it is necessary for me to call myself this or that. My name is Louey and you are talking to me. If you think I’m a feminist, somebody else can say, maybe she is not a feminist, somebody else can say yes she is. It doesn’t matter what I think or you think I am. The result of who I am is who I am“, she says.

As we wind down, she advises younger generations to always take time to rest, as exhaustion is bound to happen when you really love what you do. She encourages laughter from the heart.

She believes that „each human being loves to feel that joy or to be able to laugh at something, themselves.“

She promises, that these very simple things will keep life in perspective.